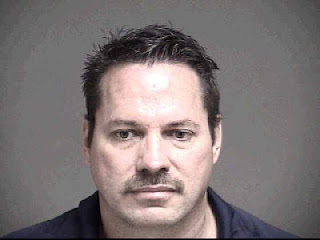 LEBANON — The Batavia Township man who authorities say was the kingpin of a steroid distribution ring pleaded guilty Monday to 12 felony counts in Warren County Common Pleas Court.
Ronald Herbort, 45, pled guilty to five counts of fourth degree felony trafficking in drugs, four counts of second degree felony trafficking in drugs, two counts of second degree felony possession of drugs and one count of first degree felony engaging in a pattern of corrupt activity.
Prosecutors dropped four counts of possession of drugs and three counts of trafficking in drugs, all felonies. Andy Sievers, an assistant Warren County prosecutor, said the charges were dropped because of Herbort’s cooperation and assistance.
Herbort will be sentenced June 18.
Last November authorities announced they had busted the network that included at least 24 people. The investigation started in January 2010 when authorities received two separate complaints about steroid abuse at the Lebanon YMCA. No steroids were sold inside the YMCA.
Authorities have said the ring operated with Herbort buying products from a Tennessee lab that imported steroid powder from China, mixing it with olive oil and packaging it in vials for distribution. Customers were charged $85 to $125 per vial. Each vial cost $25 to produce.
Herbort’s alleged No. 2 man was 37-year-old Matthew Geraci, formerly of Sycamore Township.
Geraci allegedly took orders for steroids via text messaging and stocked the supply in 18 lockers at a Blue Ash office complex. Each locker was assigned to a distributor-customer. Locker holders would retrieve the steroids, leave payment, lock the locker and notify Geraci via text message.
Geraci is scheduled for a jury trial in June on 30 felony counts of trafficking in drugs, possession of drugs and engaging in a pattern of corrupt activity.
Another key player in the ring was Geraci’s former fiancée – 28-year-old Jessica Howard, formerly of Sycamore Township. She is serving a 5-year sentence after a jury in March convicted her on two counts of trafficking in drugs and one count of engaging in a pattern of corrupt activity, all felonies.
Enquirer reporter Janice Morse contributed.

Add your email to subscribe to this blog for instant updates and news about our community.