In a review published in this month's Journal of the National Cancer Institute, Dr. Eitan Amir and colleagues examined whether the relative toxicity of Aromatase Inhibitors (AIs) versus tamoxifen might explain the lack of overall survival benefit associated with AIs in breast cancer patients.  Aromatase Inhibitors (AIs), a class of endocrine therapy drugs used to treat postmenopausal breast cancer patients, are associated with improvements in disease-free survival but not overall survival.  Amir and colleagues at Princess Margaret Hospital in Toronto conducted a systematic review of randomized controlled trials that compared aromatase inhibitors and tamoxifen as primary adjuvant endocrine therapy in postmenopausal women.  Their meta-analysis consisted of seven trials enrolling 30,023 patients.
The researchers found that compared to tamoxifen, longer use of AIs was associated with an increased odds of cardiovascular disease and bone fractures, but lower rates of blood clots and endometrial cancer.  There was no difference in the risk of second cancers or stroke in patients receiving tamoxifen vs. AIs.  Furthermore, use of AIs for 2-3 years after initial treatment with tamoxifen was associated with a lower risk of death from other causes (without breast cancer recurrence) compared to the use of tamoxifen or AIs alone for 5 years.  The authors conclude that "The cumulative toxicity of aromatase inhibitors when used as up–front treatment may explain the lack of overall survival benefit despite improvements in disease–free survival. Switching from tamoxifen to aromatase inhibitors reduces this toxicity and is likely the best balance between efficacy and toxicity."
In an accompanying editorial, Dr. Nancy Davidson and colleagues write that physicians should "choose initial endocrine therapy for the individual patient with careful attention to the risk of breast cancer recurrence, the risk of toxicity, and comorbidities."  Since this meta-analysis and another suggest that switching strategies may be effective, the authors conclude that "we should not ditch the switch.”
Rants By: NoMoreLies at 6:22 PM 0 comments

Australians Acknowledge Steroid Use is Way Up.

STEROID abuse by everyday gym users is skyrocketing with thousands of people caught trying to import the drugs each year.

The amount of steroids being smuggled into the country at airports and through the postal system has more than doubled in the past five years, according to Customs figures, reported The Daily Telegraph.

An explosion of websites selling the drugs with claims of "discrete (sic) shipping" and "no customs" is behind the rise as amateur body builders seek to exploit countries with lax drug regulations.

"The majority of performance-enhancing drugs are detected at the international mail gateways and are generally from internet sites located in overseas jurisdictions which do not exercise the same controls as Australia," a Customs spokesperson said.

Most of the drugs seized are being imported from the US, Thailand, Hong Kong, Bulgaria, China and the UK, Customs said.

The revelation comes after the death of 22-year-old Australian bodybuilder and online celebrity Aziz "Zyzz" Sergeyevich Shavershian, who died of an undiagnosed heart defect in a Thai sauna last week.

His brother Said, 25, was found in possession of an anabolic steroid during a police raid last month. The Fitness First personal trainer pleaded guilty and was fined $479.

Zyzz denied using steroids despite talking about riding "bicycles" - gym slang for using a cycle of steroids - on Facebook.

St Vincent's Hospital hormone expert Katherine Samaras said a dangerous culture had formed in the past decade in which more and more young men felt the need to have the perfect body.

"Many men don't have that body and feel quite pressured to use anabolic steroids to achieve that look which is just not possible without them," Ms Samaras said.

Men are doing irreversible damage to their bodies by using steroids, with some even injecting veterinary steroids and fertility drugs to increase their testosterone levels, she said.

"A lot of men are also using saunas and diuretics to lose weight ," she said. "This can lead to blood mineral disorders which can lead to fatal heart arrhythmia."She said websites promoting steroid use were preying on the insecurities of young men.

Look out for those antlers -- they could be detrimental to your baseball career.
No, the Texas Rangers players -- who popularized antler t-shirts and foam replicas during their run to last year's World Series -- need not be any more concerned than their brethren on other teams despite a Major League Baseball warning that misuse of deer antlers could get them suspended.
It's actually deer antler spray, which it turns out is being marketed as a potential replacement and dodge for would-be users of steroids.
Sports Illustrated first reported that MLB issued a warning to players in the major and minor leagues that the practice of using the spray under the tongue could be a problem because one brand of the product was added to MLB's list of "potentially contaminated nutritional supplements."
The broader issue is IGF-1, or insulin-like growth factor, which is in the velvet from antlers of immature deer. IGF-1 is banned by MLB because it can be used to affect a person's level of human growth hormone. The antlers are ground up and manufactured into a spray.
Makers of the spray claim it enhances performance, strength and endurance and that it's not detectable in the drug testing currently used by MLB. It can be detected in blood tests, which are not part of the baseball program.
But MLB's "contamination" warning is based on reports the spray can produce positive tests for methyltestosterone, which is a banned steroid.
Rants By: NoMoreLies at 11:57 AM 0 comments

Anders Behring Breivik, was under the influence of illegal drugs when he carried out the killings of ruling Labour Party's youth, who were attending a summer camp. In the 1500 page manifesto he posted online just before the killings took place, Anders Behring Breivik admitted he had been using anabolic steroids.  On July 26, his lawyer, Geir Lippestad, said his client had used drugs to keep him "strong, efficient and awake" as he bombed government offices in Oslo then went on a shooting rampage on the nearby island of Utoya.

"I can confirm that he had used illegal drugs. I do not want to comment on what kind of products, but he had consumed some," said police prosecutor Paal-Fredrik Hjor Kraby, adding the conclusion was based on blood test results.

The police prosecutor also said that the two psychiatrists appointed to evaluate Breivik's mental state in order to determine if he is fit to stand trial and can be held accountable had begun their work.
The two psychiatrists are scheduled to hand over their report by November 1.

So once again the yellow journalism of the US press has just jumped to conclusions about steroids being the cause for these killings. To me it seems as though the Norway killer was abusing a lot of substances other than AAS. In my humble opinion drugs were not the cause of this terrible crime against humanity. The cause of these horrific crimes seem to be nothing more than another twisted man running around spewing twisted beliefs. Drugs or no drugs I think these killings would have still taken place. 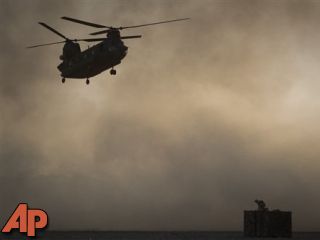 
KABUL, Afghanistan (AP) — A military helicopter was shot down in eastern Afghanistan, killing 31 U.S. special operation troops, most of them from the elite Navy SEALs unit that killed al-Qaida leader Osama bin Laden, along with seven Afghan commandos. It was the deadliest single incident for American forces in the decade-long war.
The Taliban claimed they downed the helicopter with rocket fire while it was taking part in a raid on a house where insurgents were gathered in the province of Wardak late Friday. It said wreckage of the craft was strewn at the scene. A senior U.S. administration official in Washington said the craft was apparently shot down by insurgents. The official spoke on condition of anonymity because the crash is still being investigated.
NATO confirmed the overnight crash took place and that there "was enemy activity in the area." But it said it was still investigating the cause and conducting a recovery operation at the site. It did not release details or casualty figures.
"We are in the process of accessing the facts," said U.S. Air Force Capt. Justin Brockhoff, a NATO spokesman.
One current and one former U.S. official said that the dead included more than 20 Navy SEALs from SEAL Team Six, the unit that carried out the raid in Pakistan in May that killed bin Laden. They were being flown by a crew of the 160th Special Operations Aviation Regiment. Both officials spoke on condition of anonymity because families are still being notified.
None of those killed in the crash is believed to have been part of the SEALs mission that killed bin Laden, but they were from the same unit as the bin Laden team.
President Barack Obama mourned the deaths of the American troops, saying in a statement that the crash serves as a reminder of the "extraordinary sacrifices" being made by the U.S. military and its families. He said he also mourned "the Afghans who died alongside our troops."

The death toll would surpass the worst single day loss of life for the U.S.-led coalition in Afghanistan since the war began in 2001 — the June 28, 2005 downing of a military helicopter in eastern Kunar province. In that incident, 16 Navy SEALs and Army special operations troops were killed when their craft was shot down while on a mission to rescue four SEALs under attack by the Taliban. Three of the SEALs being rescued were also killed and the fourth wounded. It was the highest one-day death toll for the Navy Special Warfare personnel since World War II.
Rants By: NoMoreLies at 12:36 PM 0 comments

Here the scheduling of drugs in the US.  I find this very interesting and informative. Stay safe loyal readers, and friends. Know what your doing as far as the law is concerned.

Hello Loyal Reader. I constantly see new members on the boards asking if  steroids, will make them fail drug tests. Well the answer would typically be no, but the question could be a bit more difficult to answer. There are certain mandates for certain circumstances. Typically a private employer can test for anything they want. Steroid testing tends to be more on the expensive side, and are not typically done for employment. Now keep in mind, if your company had reason to believe you were using illegal drugs, they could possibly have their employees tested for Anabolic, Androgenic Steroids (AAS).  Here is a cool little article I found that breaks down the testing panels, and what is typically looked for in these panels.

Add your email to subscribe to this blog for instant updates and news about our community.